“When was the first single-variety Grappa made?”

First of all we must say that the practice of distilling single varietal grape marc plunges its roots into the history of Grappa.

A proof of that is the big amount of bottles of Moscato, Malvasia, Prosecco Grappa kept in the Grappa collection at the Poli Grappa Museum in Schiavon.

Among them, there’s one deserving a special mention and it’s the Moscato Grappa produced by the Gancia brothers from Canelli, Piedmont.

There’s no alcohol volume stated on the label because it wasn’t yet mandatory in that period, we’re talking about the 20’s.

As you can notice, it was enough to write that the alcohol volume was over 21 degrees. On the label is also written that the Gancia brothers were suppliers of His Majesty, the King of Italy.

It’s possible to affirm that this bottle dates back to the 20’s because there’s no metal seal on it, certifying the duty payment. The metal seal became compulsory only starting from 1933.

At the beginning of the 70‘s the word “monovitigno“ was coined to describe a quite ancient practice, that is distilling a single-variety grape marc.

Therefore, a new name for a 100 years old practice.

Watch the video with Jacopo Poli: 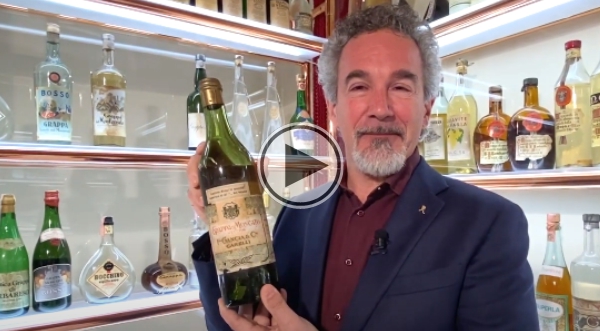 Subscribe our newsletter to keep up to date with our latest news.